Following the recent success of our Junior Roadwatch scheme, I am delighted to share a guest blog from one of our Year 5 Junior Road Safety Officers, Catherine.

In this article I would like to share the new idea of Junior Roadwatch that St. Helen’s College is taking part in.

In April, the Junior Road Safety Officers (JRSOs) went to Guildhall to present to the London Road Safety Council about St. Helen’s College’s phenomenal Road Safety Journey.  At the meeting, an ambassador from Transport For London (TFL) introduced a new incentive which was Junior Roadwatch. The JRSOs were enthusiastic about the idea and keen on getting involved. Shortly after this, Miss Walker contacted the TFL ambassador to ask if he would be interested in letting us try this four week scheme out. I would like to tell you all about it now.

What is Junior Roadwatch?

Junior Roadwatch is aimed at children (around my age) to encourage them to venture more into the road safety aspect of speeding. The scheme wants to promote the importance of being aware of speeding and how to prevent it. The JRSOs will work in partnership with the Metropolitan Police and the Hillingdon STARS Team. A police officer will be holding a speed gun to check that drivers are not going over the limit. If a driver does get pulled over for speeding at a speed of 35-40 mph they will have the opportunity to speak to us or receive three points off their driving licence and a £100 fine. Drivers going wildly over the limit will not have the choice to talk to us and will receive serious consequences. If the driver chose to talk to us we would ask them questions to help them understand that speeding can be dangerous and make them aware of the risk of crashes/accidents that could happen to them or our community. Alongside the speed activity there would be Sound Pollution tests and Traffic Surveys to give us an insight into how we can make our community a greener place.

What happened on the day?

The scheme is carried over a four week period, which started from the 4th June. On the first week we met with the staff from the Hillingdon STARS team. Mr. Rogers from the STARS team explained the difference between a limit and a target as this normally confused drivers. A target is a goal you strive for and occasionally go over the top of but a limit is a barrier you should not be going over. We want to make sure that people should know that speed signs are a limit not a target. Then, all six JRSOs brainstormed questions for the drivers who go over the limit.

Here are some of them: 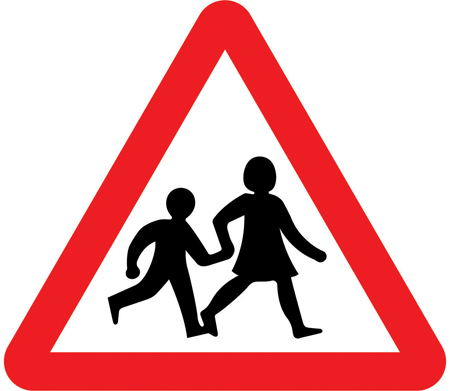 On Tuesday, it was the actual Junior Roadwatch! Coming along with us were Mr. Rogers and Cat from the STARS team, Miss Walker, two Met Police officers, Mrs. Drummond and Mrs. Stark. First up on the speed limit activity were Esha and I. One of the police officers pointed his speed gun at the road and believe me, it actually looked petrifying! As the police officer pointed the speed gun he detected a car going over the limit. The police directed him to the kerb where the man decided to talk to us. We asked questions so we could gather a picture of why he was speeding. In the end it was because he was running late for a dentist appointment. We found that talking to the driver helped us to understand the story from another point of view.

As our time came to an end towards the end of Junior Roadwatch we were happy we made an impact as we were the first school in Hillingdon to try this new scheme out! It turned out to be a great success and in two weeks we will explain our findings in assembly and we have invited the local councillors along to hear about our work with the STARS team. I hope that our contribution will help to get other schools involved too and that we will be rewarded with a STARS Gold Award!